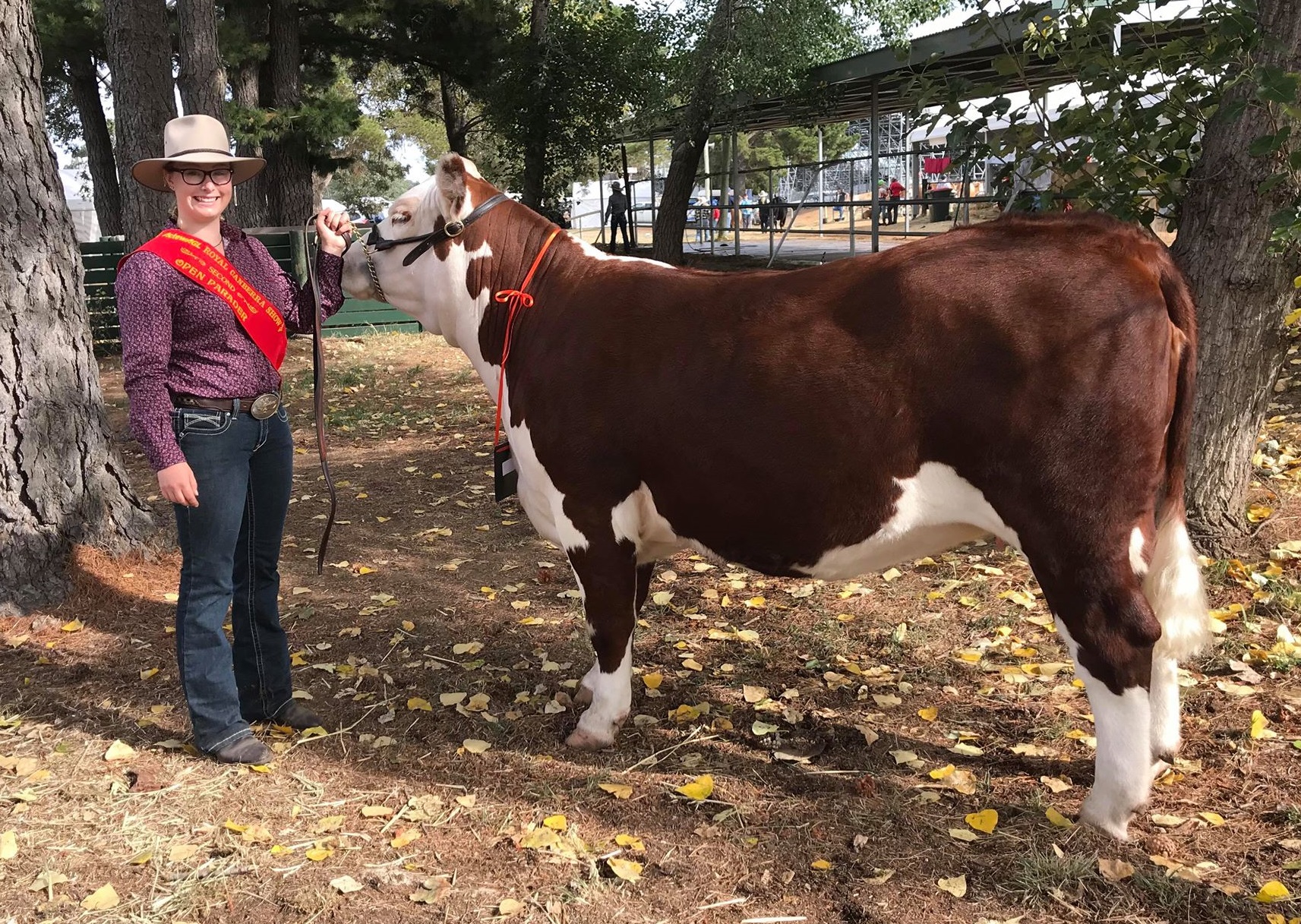 Canterbury Show to attend the 2017 Royal Brisbane Show at the
EKKA, Georgia Rhodes has just completed another cattle scholarship trip to Australia.

Georgia, 18, attended the Royal Canberra Show as a representative for the Canterbury A&P Association.

She competed in the open age group handlers where she placed second leading a Hereford called Princess. Across the age groups 289 young handlers competed.

In the stock judging she was called in the top six in her age group to speak on the microphone.

This trip was the Lady Diana Isaac Scholarship which is one of the Premier Youth Awards at the Canterbury Show.

Georgia says she spent a whole day washing cattle for Canberra exhibitors which was a great way to get to know people. She also did time as a steward with 200 heifers in the ring at once. The class numbers were an eye-opener, being much higher than in New Zealand.

Georgia also headed back to Queensland on her journey to catch up with friends she made last year when Pittsworth High School and the South Qld Lowline Promotion Group hosted her at the EKKA.

She  attended the Milmerran Show with Ebony Lowlines, experiencing a Queensland country show. She brought home ribbons from that show also with third in paraders and second in judging.

Georgia started her cattle showing with the Rangiora High School team at Woolstone Park Lowlines in 2013 and has been a regular handler with Woolstone since then.