ALCA Junior membership is easily affordable and open to any young cattle enthusiast, who is aged between 8 and 21 years. We also have a membership category for schools that are interested in using Lowline cattle in their agricultural programs.

Many junior members throughout Australia, New Zealand and the United States already own and operate their own studs. Lowlines are moderate in size, easy to handle and have ideal temperaments for younger people, helping them to gain management skills and confidence.

ALCA Youth programs are organised for student and junior members, some involving interstate and overseas travel opportunities.  These activities provide an opportunity to learn handling, show presentation and animal husbandry skills which develop friendships, teamwork, confidence and responsibility as well as meeting people of your own age with similar interests.

The Canterbury Show’s 2020 beef cattle event drew good support from breeders with a shortened format and 60 cattle on site at the Christchurch Showgrounds.

COVID changed things this year. Breed competitions were tightened up to cover one day rather than two, and youth events were able to be completed in a half day because the stock judging was done online for the first time.

The event was open to exhibitors and families only and members of the Canterbury A&P Association with no entry to the general public. The emphasis was on youth with young judges taking the primary role in each of the three breed judging rings with some older heads to call upon if needed at ringside. Needless to say, they were not needed. It was great to see these previous competition winners giving back.

The youth day was as always hotly contested. Stock judging was done virtually with competitors given four days in the week before the show to assess videos of four two-year-old bulls, make their rankings and then video their comments about the animals. Judging was done by the over judge from the videos sent in. Not easy, even for older “judges” who had a crack at it but, with more sales online, it was a good test of skills to judge animals in a virtual space, and organisers might retain some online element in future years.

All in all the show which was put together with sponsors support after the full New Zealand Agricultural Show was cancelled because of COVID earlier in the year was a success because it kept the momentum for exhibitors – one family came seven hours away to take part –  and whet the appetite for next year. 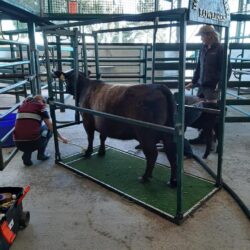 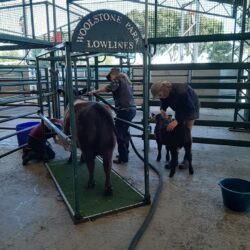 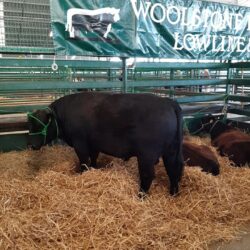 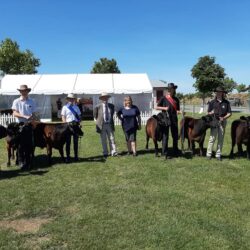 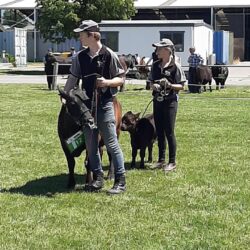 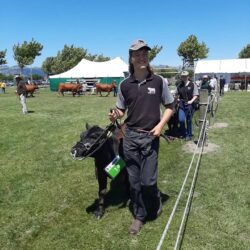 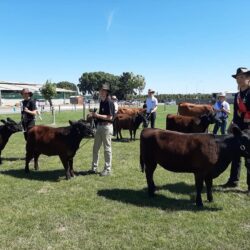 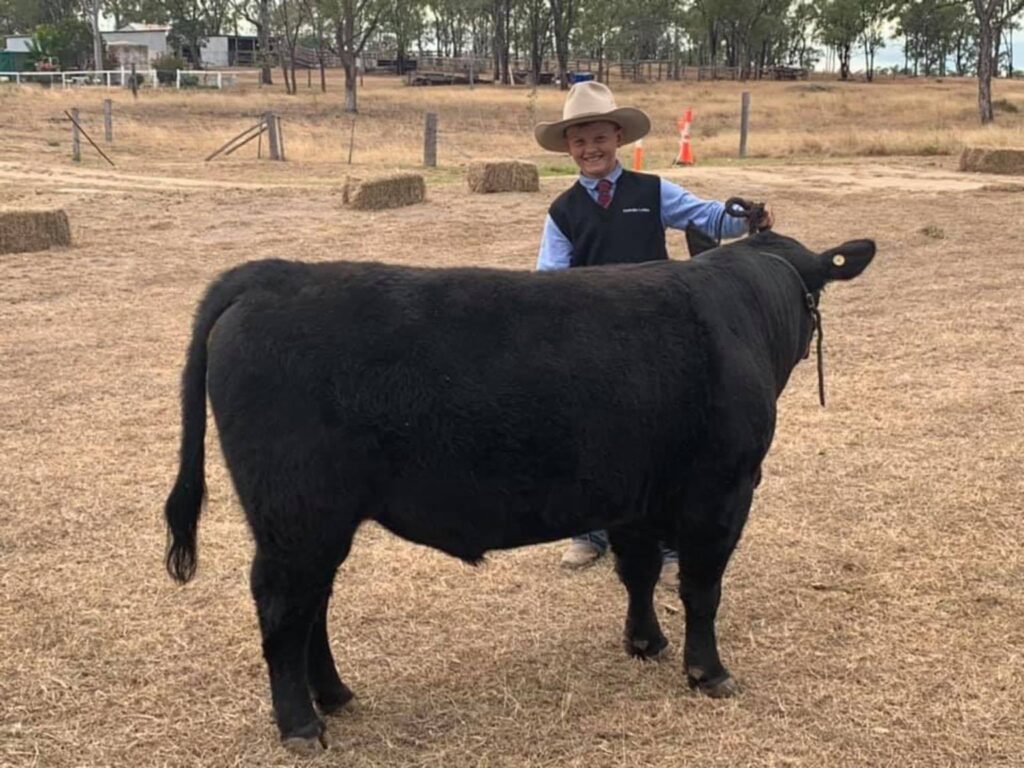 The Youth Scholarship for furthering the education of Junior Judges so that they are skilled enough to act as Associate Judges at Beef Australia 2021 has been awarded!

All applications received were of a very high standard. After much deliberation, the ALCA Council has announced Riley Jensen as the winner. Riley is very passionate about the breed and judging –  we are certain to hear his name in the cattle world for many years to come and hope that he will benefit greatly from this opportunity. ALCA is proud to extend an invitation to the runners up, Grace Thompson and Yasmin Carley,  to act as associate judges for the Australian Lowline breed at Beef 21.
Congratulations to all three and we wish them all the best with their future endeavours with the Australian Lowline breed and within the broader cattle industry 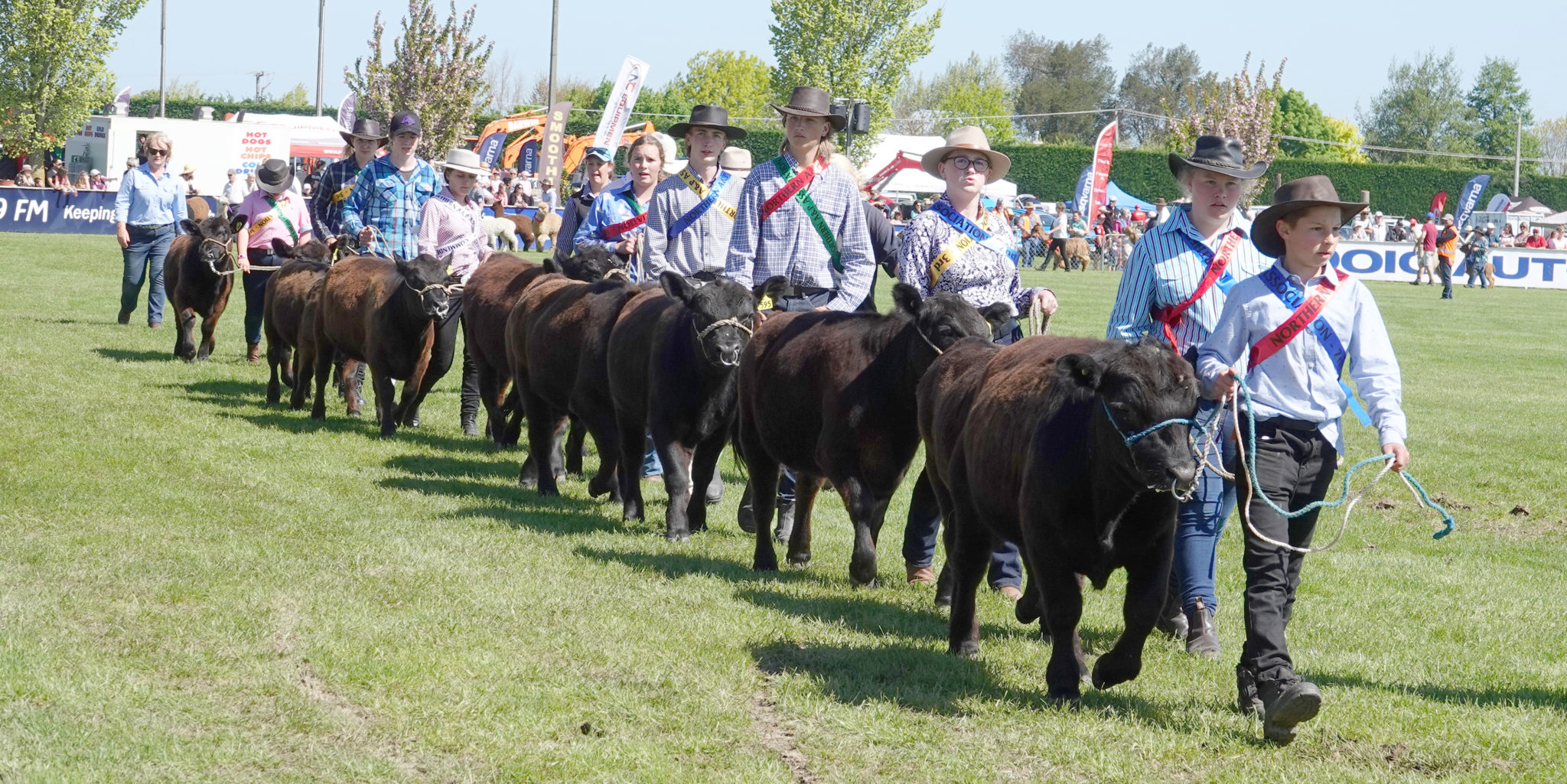 Held in October 2019, the A&P show at Rangiora, is our local show run by the Northern A&P Assn (even though we are in the South Island, we are north of Christchurch, hence the name we were given more than 150 years ago). Pictured above are the young handlers leading Lowlines in  the Grand Parade. They are not in breed uniform because the show had no cattle competitions per se (a consequence of the micoplasma bovis scare in NZ) but Woolstone Stud had cattle there – the only cattle on the ground – for the young handlers, young judges, and herdsperson competitions. The young people in the photo are from three different high schools and a primary school in the district and bringing up the rear (in the sunglasses) is Kay Worthington, Woolstone Park Stud.

The above was filmed at the recent NZ Agricultural Show with Courtney Winter, a past youth member of the Woolstone Cattle Handling Team, NZ, interviewing. Courtney was at  Beef 2015, in Rockhampton, on the Youth exchange programme ( between South Queensland Promotion Group and Woolstone Park Lowlines, NZ).
Phil Worthington says ”This interview formed part of her final year of training as a TV journalist. Courtney also spoke with our present team leader, Caitlin Rhodes, for the young exhibitor’s viewpoint. Caitlin won the Lady Isaac Scholarship at the show – Champion Junior Herdsperson – and as a result, will be attending the Canberra Royal in 2020.”

Click here for information on how to become an ALCA member 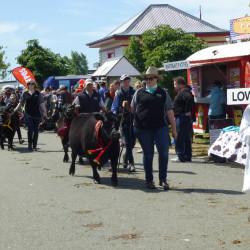 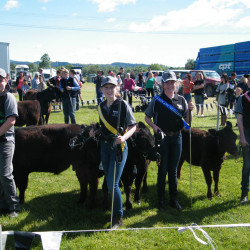 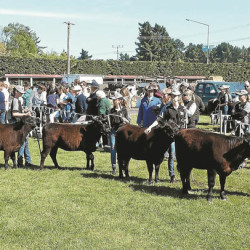 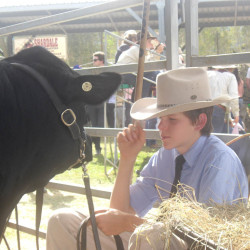 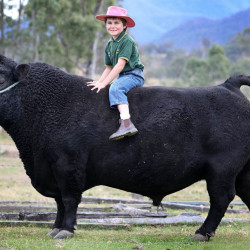 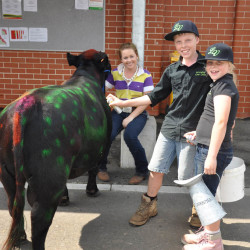 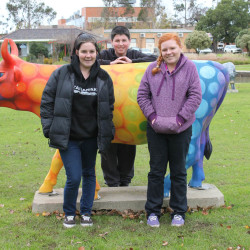 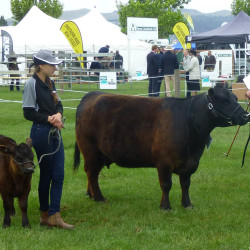 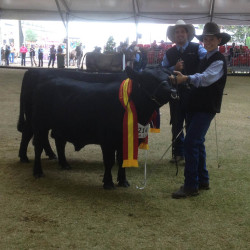 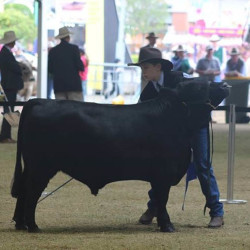 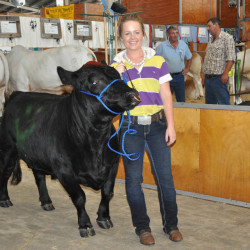