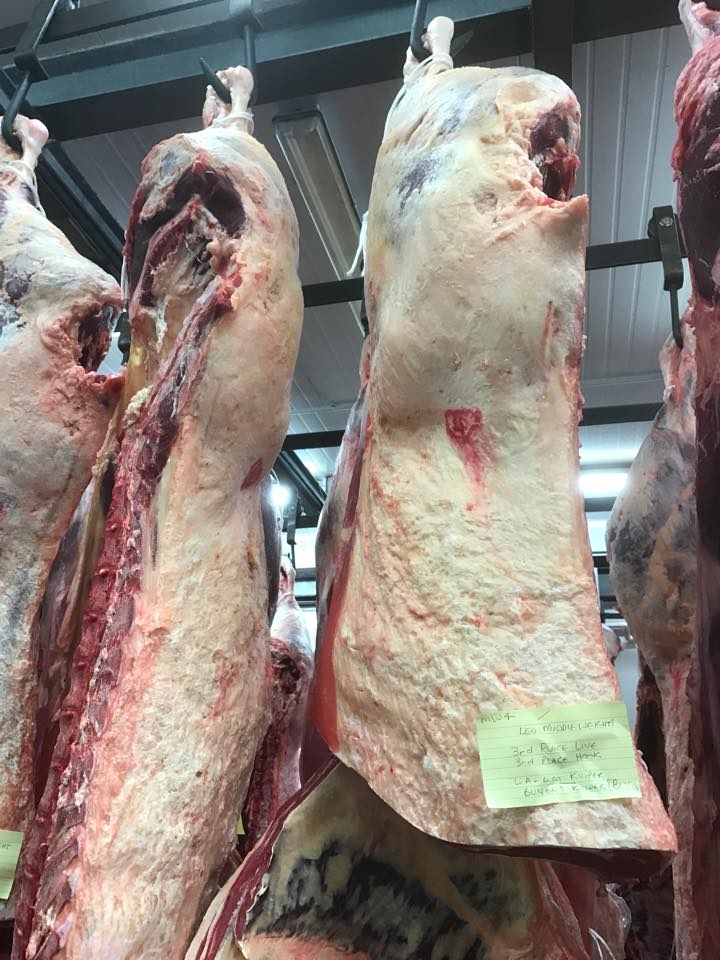 Since starting our cattle venture many years ago, we’ve always known that some people think little of Lowline cattle and view them as more a hobby or pretend cattle, rather than viewing them as we do – a manageable lifestyle that produces beef.

So this year we did something we’ve talked about for years – entered one of our own bred Australian Lowline steers into a hoof & hook competitions. Man oh man are we happy we did!

Our little steer – affectionately known as Nutso (Lucky) – wasn’t that little after all – his live weigh in pushed him into the middle weight class where he impressed the judge and was placed 3rd on the hoof. Visually he was by far the shortest in his class, but boy was he carrying the meat! (There were 33 entries).

We got his ‘hook’ specs today and pretty pleased with the outcome. He dressed well, had good and even fat cover and racked up enough points to place 3rd on hook as well. He was also only one of two animals in the middle weights to get points for marbling. Double bonus!

Needless to say we’ve been inspired to try doing this a little more. We’ve also loved the feedback from other cattle breeders expressing an interest in steers and positive comments which spur us on.

We also wish to offer congratulations to Northolm Grammar for their great results with their Australian Lowline steer also – there is power in numbers. 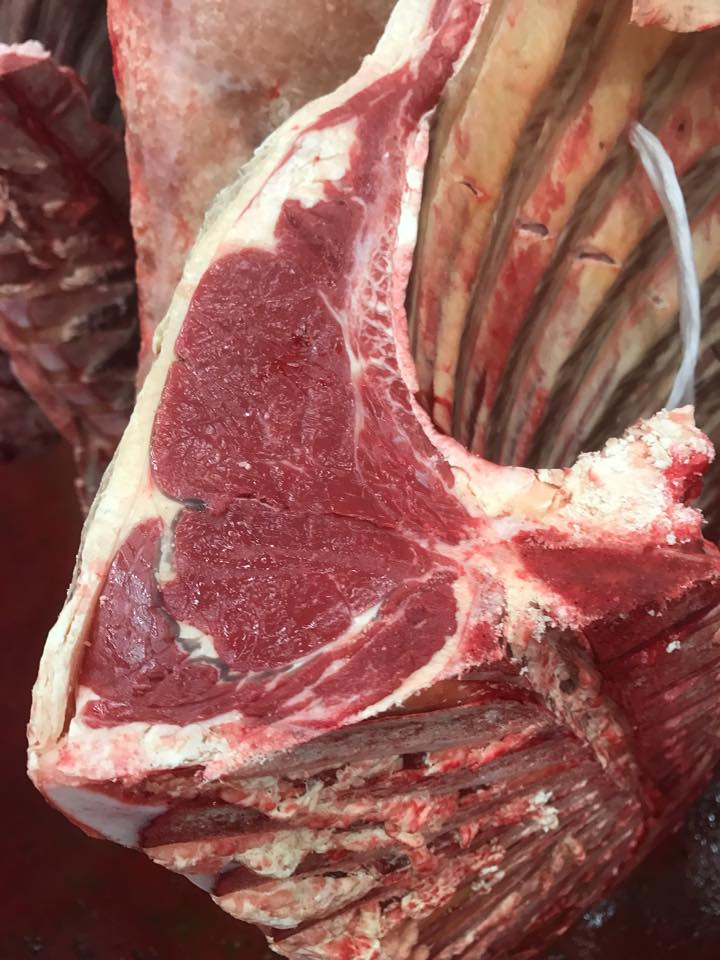 Also big thank you to Jordan Ridge for assisting getting Nutso ready for his big day. He looked pretty swish as he strutted his stuff around the ring.

Congratulations to the Elle Kay Team for this great achievement! 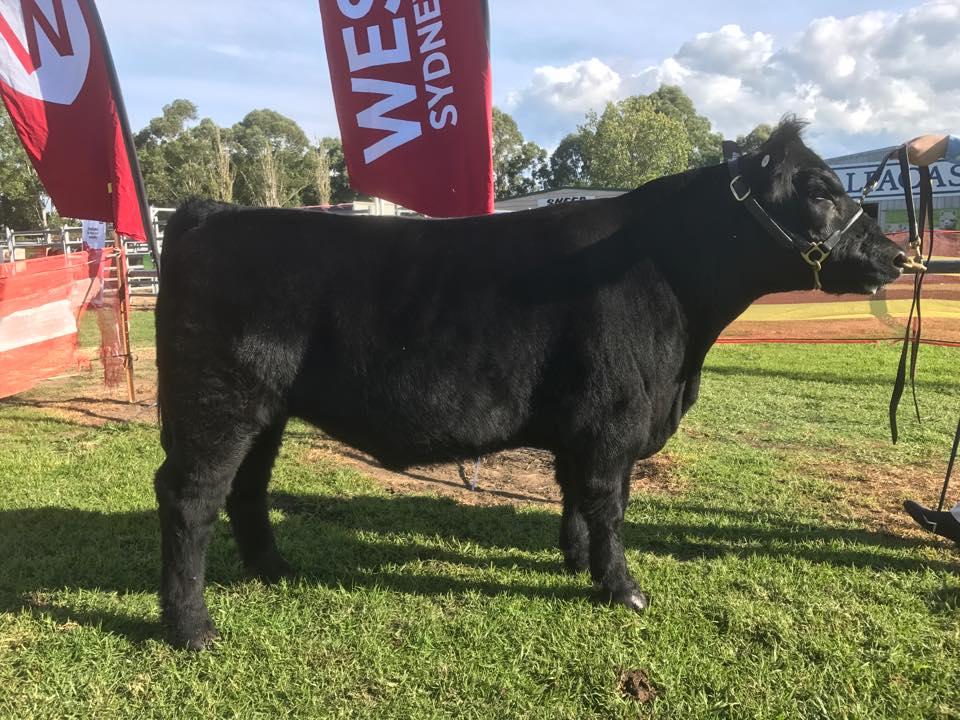