Ballarat Grammar’s Ag students are taking to the show ring 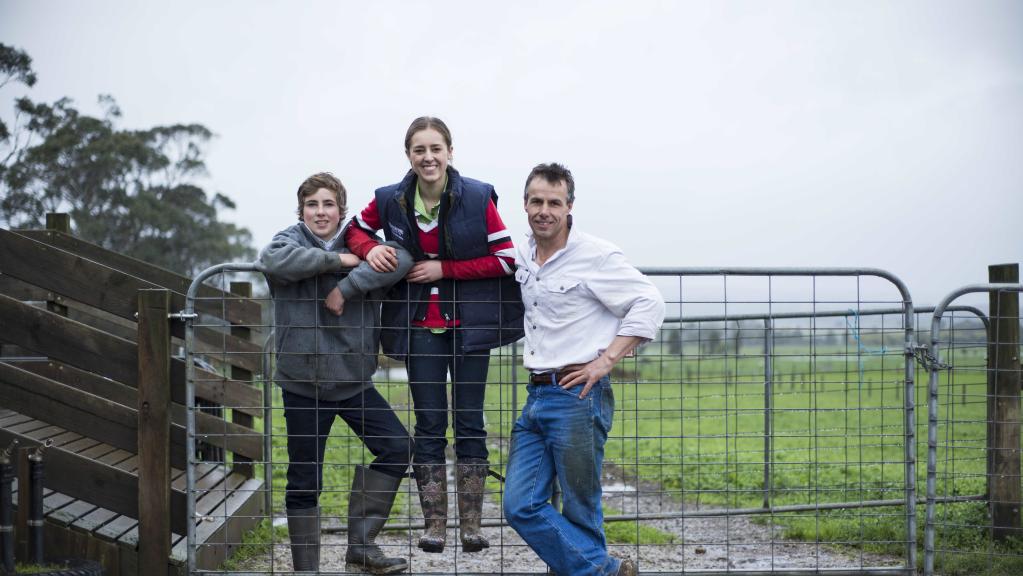 THIS year’s Royal Melbourne Show will be a particularly proud one for Matt Dickinson.

The Ballarat Grammar agriculture and horticulture teacher will work alongside seven of his students in the show ring, presenting 10 of the school’s stud Lowline cattle — in this, the 20th anniversary of Lowlines being shown in Melbourne.

But best of all, his 17-year-old daughter, Emma — who is studying Year 11 agriculture — will for the first time be an associate judge for belted Galloways, Limousin and Red Poll classes.

“I’m always proud of the Ballarat Grammar kids — last year we won supreme for the Lowlines — but this year, as a dad, I’ll be proud to see my kids standing up there,” says Matt, whose 14-year-old son Henry will also assist in showing.

“Emma has done well to succeed at this level.”

The winning father-daughter team started when Emma was just five, showing cattle out of Matt’s Buninyong Lowline cattle stud, which he started 10 years ago.

“I started out because Dad did it but now I do it for myself,” says Emma, who wants to become a large animal vet.

“I want to be in the industry when I’m older and I see showing — and now judging — as a good learning opportunity, an easy way to get contacts and work experience and find other opportunities.”

Matt himself started showing with his father, as a young lad growing up on a Suffolk sheep stud at Tooradin in west Gippsland.

Matt studied teaching and moved to Ballarat Grammar a decade ago. There, he has helped develop the school’s agriculture curriculum, which now has 70 students in Years 10, 11 and 12.

“We are the second biggest boarding school in Victoria and so a lot of the students come from farms and want to work in the industry,” says the 47-year-old.

Having locked in the curriculum, six years ago Matt helped establish the school’s newly purchased 50ha farm campus, 3km from the main school, where he now lives with his family as farm manager.

Alongside a vegetable patch, apple orchard, and crops of oats, lucerne and pasture, the farm also has 100 purebred Corriedale ewes and 24 purebred Lowline breeders (established from his own stud stock), operating as a formal stud and selling excess stock at Ballarat saleyards.

He says showing was a major focus in establishing the farm and ag curriculum. 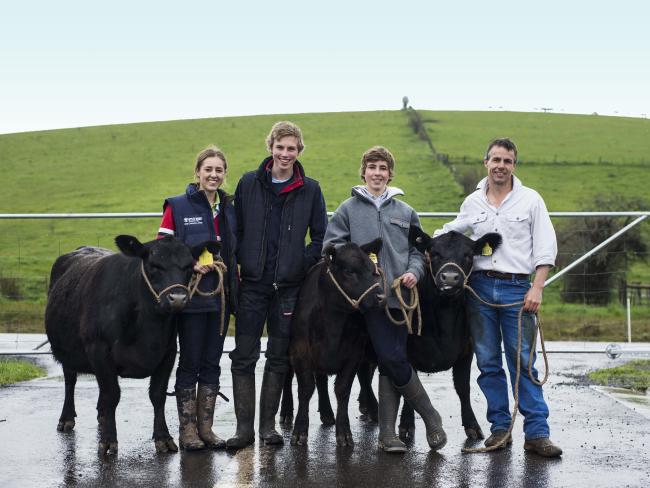 “My area of interest is the livestock and because of my background in showing, I’ve seen that as an important element to have in the school,” says Matt, who has a farm assistant who specialises in horticulture.

“Showing teaches kids responsibility. It’s a way to get out of the classroom and learn in a safe, encouraging way.”

While it’s not unusual for schools to attend agricultural shows, arguably not many teachers are as dedicated as Matt is to the show ring.

Each year he and a select group of students attend about eight sheep shows, starting with Holbrook in June and including three shows in three weeks (Bendigo, Ballarat and Hamilton’s Sheepvention).

This is in addition to about eight cattle shows a year, which have even included Canberra and Sydney in past years.

Given that Matt is a full-time teacher, full-time farm manager and parent, how does he find the time to attend so many shows?

“No one says I have to go — in fact the school often tells me to do less. But I see it as a good opportunity for the school and students and I love what I do — it’s the best of both worlds.

“We don’t go there thinking we have the best cattle or sheep and we’re going to win. Just getting there is an accomplishment.

“Breeders are very supportive of us,” he says.

“The Lowline in particular is a small, boutique breed and lots of farmers who are breeding them are not long-term experienced cattle people.

“The focus is friendly, not too competitive.”

While some students have experience in showing their own family’s livestock, Ballarat Grammar pupils prepare for the show ring by attending Stud Beef Victoria’s Cattle Handlers Camp in July in Bendigo, a four day intensive.

It was there this year that Emma was chosen to be an associate judge.

Emma entered the Cattle Handlers Camp junior competition, which involved about 50 students choosing what they believed were the best Charolais bulls and heifers.

“I think I won because I’ve been involved with junior judging at the Ballarat Show for many years and whenever I’m in the ring I listen to the judges’ comments,” Emma says.

Her advice for wannabe show winners is to find a spot on the animal where it likes to be scratched: “Use that to your advantage. Don’t get angry or frustrated with the animal because that just makes it worse”.

And, she says, be confident. “Judges always pick up on whether you’re having fun or about to cry.”