Lowlines make their mark in the Interbreed at Sydney Show

Every year at the Royal Sydney Show the perpetual Hordern Trophy is awarded to the best pair of beef cattle exhibits in the Interbreed competition. These pairs consist of the Grand Champion Bull and Female of each breed exhibited at the Sydney Show. It is a much sought after award as it includes prize money of $7,500 each for the Bull and Female of the pair. 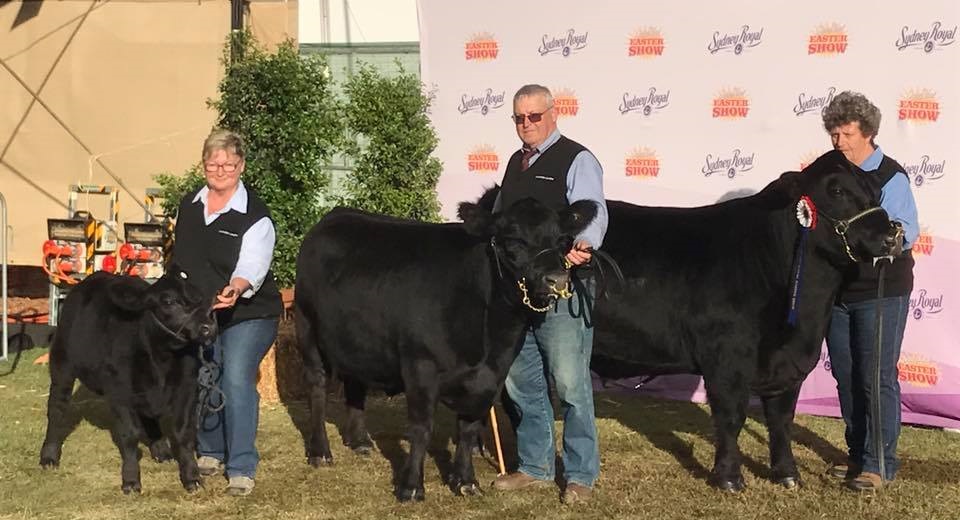 This year the senior Australian Lowline team of O’Hara Sir Charles and Whitby Farm Q.T. were selected by the international judge, Robert Dixon from Canada, to be in his top ten of this prestigious interbreed competition.

Lowline exhibitors couldn’t contain their excitement as the Lowline pair were moved up the ranks to finish in the top 10.

This has only been achieved once before at Sydney when in 2011 the senior Lowline pair of Allambie Moonbeam (late Tammy Brueur) and Colombo Park Debussey (Lynda Senger) were moved up the ranks to also finish in the top 10 pairs.

Another momentous occasion for the Lowline breed at a Royal Sydney Show was in 2007 when the Grand Champion Lowline Cow, Kobblevale Surprise (Lee Labrie) was acknowledged to be in the top 10 for the Urquhart Perpetual Trophy which is the interbreed  judging of the best Female of the show.