They are former ‘city’ or ‘town’ people but Paul and Sandy Burnell have found their stride as small-scale graziers.
The couple, who live on a 2.4ha rural property in Habana, which is a rural area just outside of Mackay, are now the proud owners of five Lowline cattle.

They always had an interest in the rural lifestyle, so when the opportunity came up to purchase stock they were swift to act.

‘We started with just buying two,’ Paul said. ‘That was our initial small herd, then we bought two more.’ 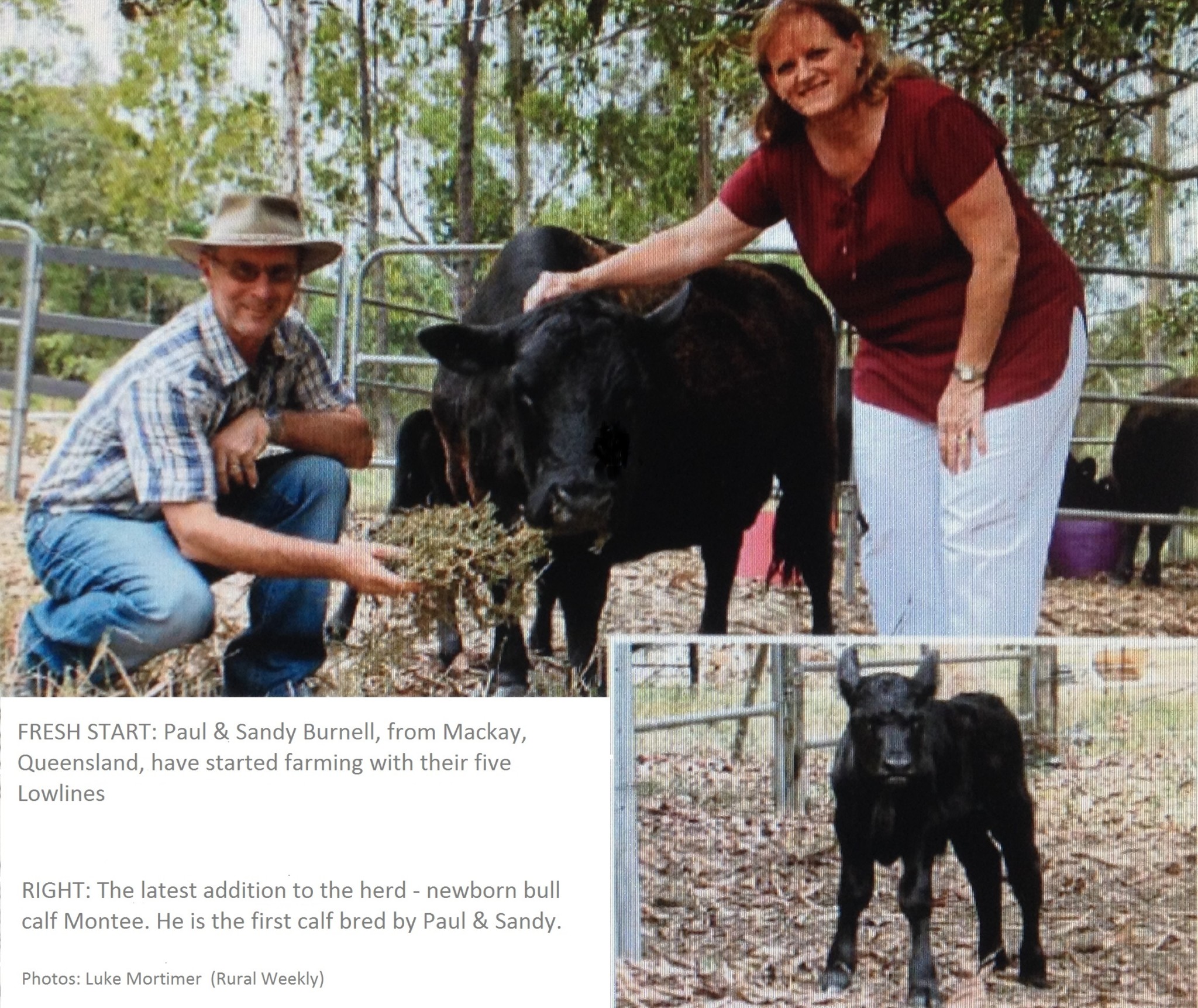 Since doubling their herd, they decided to breed two of their registered cows, and in exciting news, have now seen the safe delivery of their first calf.

‘We called him Montee,’ Paul said. ‘We are pretty happy about it, especially being newbies.’

While Paul admitted he had more to learn about cattle management, he said it became obvious to him early on that Lowlines were the perfect breed for him. Their good-natured temperament has made them a stress-free mob.

‘They are friendly and so easy to be-friend,’ he said. ‘For example, after our cow gave birth I went up and distracted her with some feed and she let me pick up her calf so I could weigh it. Other cattle people are surprised we can do that.’

They have given each of their cows a paddock name (Rubee, Nancee, Rosee and Harmonee) and supplement their grass feed with lucerne and grain.

Since becoming a member of the Australian Lowline Cattle Association, the Burnells have received a wealth of support. ‘We have been able to network with other breeders, they are all just so helpful,’ he said.

The couple didn’t have far to travel when looking for top quality Lowline genetics to breed their cows with. Cloudbreak Lowlines, which is situated about an hour outside of Mackay at Eungella, were quick to offer their services. ‘We met with Mandy and Kel Tennent ….. we have also been able to catch up with them at Finch Hatton Show.’

Since becoming a farmer, albeit a small one, Paul said he had become much more conscious of his environmental surroundings. ‘I was always aware of the weather, but now I am always waiting for rain,’ he said.

The couple have divided the property into paddocks and rotate the mob once a week. ‘I have a quad bike, but all I really have to do is open the gate and lift the bucket,’ he said.